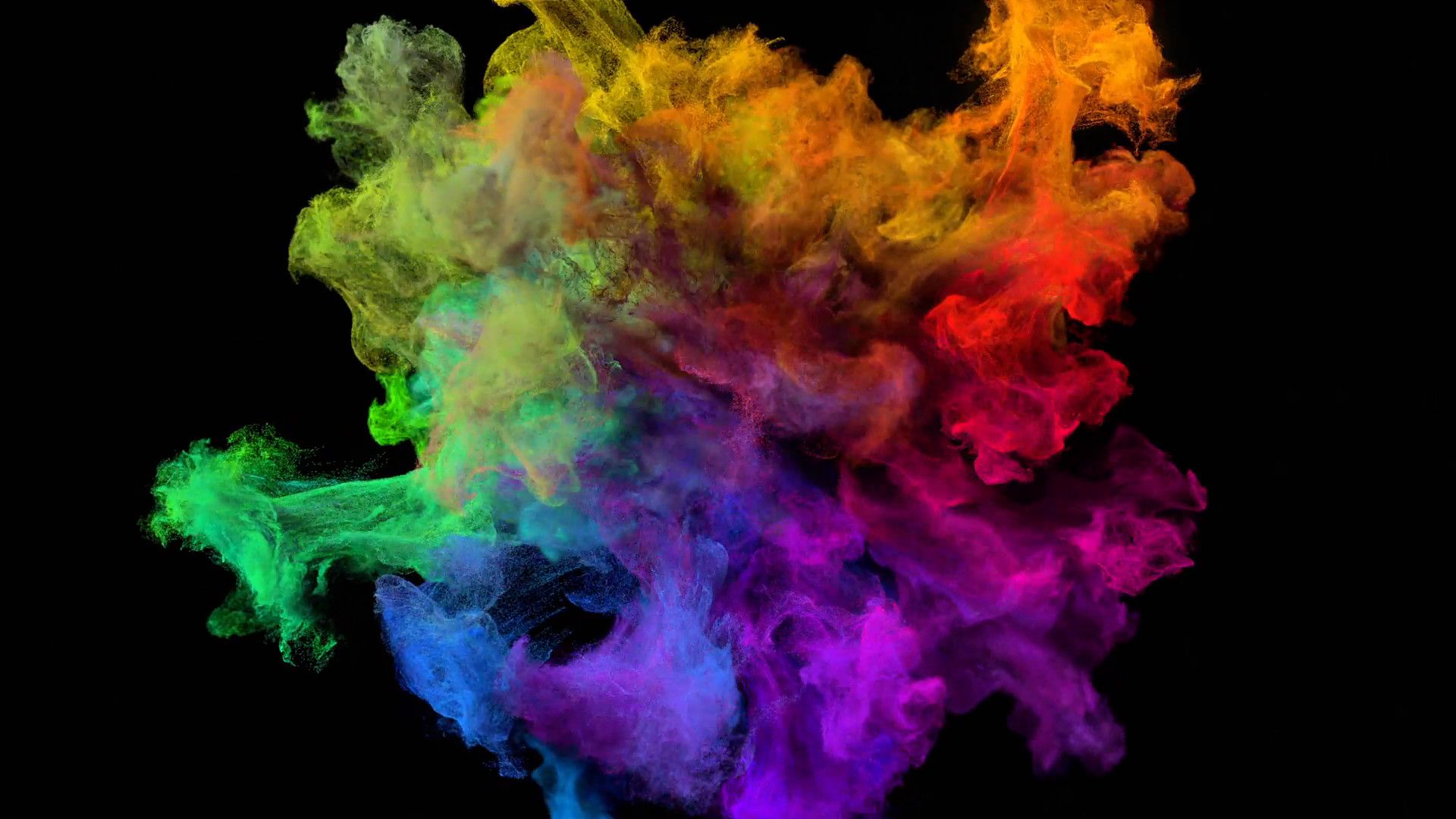 Sometimes smart ideas takes time. But maybe using distcc from now on will catch up some of the lost time. It’s a bit embarrassing that it took me one year before I thought about setting up distcc, even though I perfectly new what it was!

I’ve been working from home the last year due to Covid-19. I also have a Linux-server in the basement - just because it’s fun. I use that server more or less for nothing. But it still fun to have - for nothing. Then the other day it just came to me.

Why not use that server to speed-up my builds!

So here is some tips/thoughts/instructions on how to let distcc speed-up your builds. And I can tell you right now - you gain speed!

If you look at distcc:s Github page you can read.

distcc is a program to distribute compilation of C or C++ code across several machines on a network. distcc should always generate the same results as a local compile, is simple to install and use, and is often two or more times faster than a local compile.

And that’s more or less it! distcc will distribute you build jobs on to other computers. You simply run distcc like this:

In the last part of this post I will go through a bit more in detail how to integrate distcc into a project. The above is just a simple example.

When distcc runs it will automatically send over the data the build-node need. Nothing (except compilers) needs to be installed on the other machines. No source files or object files are needed or will be stored on the other machines. Since distcc uses the network for all this it’s nice to have a network with pretty good speed. But even a WiFi works.

distcc on your machine and servers

You need to install distcc both on your development machine and the servers you plan to use for building. If you use Ubuntu it’s as simple as:

When reading about distcc there are two ways of configuring it. The old way or what is called zeroconf. We will go with the new (from around 2007 :) ). When using zeroconf distcc will use mDNS (using Avahi) to automatically detect different computers/nodes to use for building. You also need to configure which network interfaces distcc shall listen to.

Below is my configuration on my server (/etc/default/distcc)

That’s more or less it!

To test your setup simply run:

You need to have the same compilers installed across you build machines. So in my case I have GCC 9.3 installed on both my laptop (development machine) and on my server.

Cross-compilation with distcc is possible, but that will be another post.

There are a number of different monitors one can use to monitor to build status. distccmon-text is a really simple text based version, distccmon-gnome is a GUI based monitor that will display all your builds. 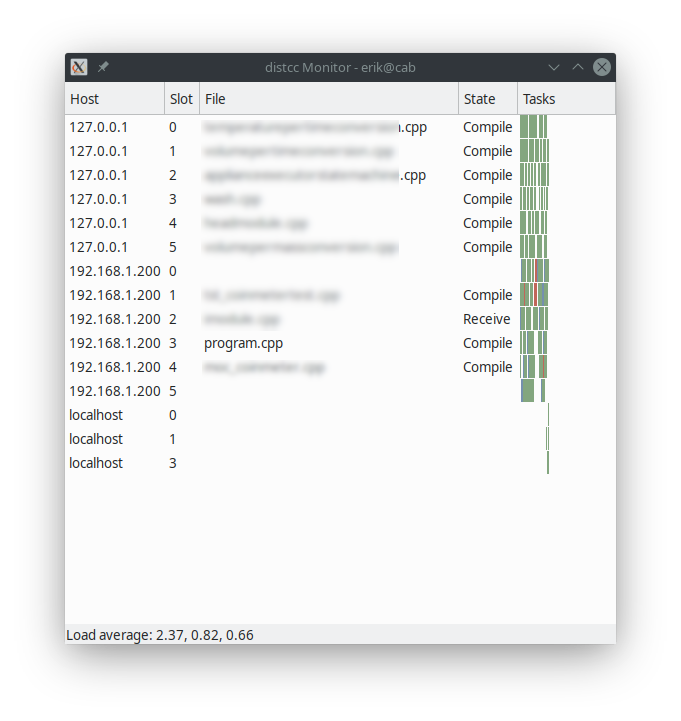 Setup you project to use distcc

In the beginning of this post I showed how to run distcc. But here I will go into more depth when using distcc with QMake and CMake.

One tip that can speed up your builds even more is to use ccache. Read more about ccache here. In the examples below I will integrate ccache with distcc.

In CMake there is something called “compiler launcher”. This can be used to tell CMake to run a program to launch a compiler. The nice thing is that you also can specify multiple launcher. So to enable distcc and ccache whit CMake simply:

In this example we enable both ccache and distcc.

I’ve not spent to much time investigating QMake and distcc. The best options a found is to pass some extra arguments to make.

There might be a better solution, let me know in the comments below!

Running at work and at home

Since distcc uses mDNS to find the build nodes to use you can have one setup at home and a much bigger setup at your office. For example, to speed up all my colleges build times we could hava a bunch of machines ready with distcc. When I need to compile my machine will use mDNS to find the nodes. When at work it will find may machines, when at home it will find one node and lastly when offline it will just use my computer. Thanks to this zeroconf in distcc it will work completely transparent.

Use scoped enums to get better type safety, but this will show you how to handle the logic operations. Continue reading

Transforming singletons into something testable